Lorraine Kelly, OBE is an avid Dundee United supporter as well as host of her own ITV show “Lorraine”.  Born in Glasgow, Lorraine joined her local weekly newspaper The East Kilbride News aged seventeen.  In 1983, she joined BBC Scotland as a researcher, and a year later she became TVam’s Scottish correspondent covering stories like the Piper Alpha disaster and the Lockerbie bombing. She went on to co-host TVam and GMTV.  In 2012, Lorraine was awarded the OBE by HM The Queen for services to charity and the armed forces at Holyrood Palace in Edinburgh. She was Hon Colonel of the Black Watch Cadets and a former Rector of Dundee University. She is a patron for Help for Heroes. Lorraine lives in Buckinghamshire with her husband Steve, daughter Rosie and their dog Angus.

Matt Birtwistle, Chair of Trustees of FND Hope UK, commented on the appointment:

“We are delighted and honoured to have Lorraine Kelly as our first Patron. Lorraine’s support will be key in helping us to raise awareness of the vital work we do in advocating for those diagnosed with Functional Neurological Disorder including their families across the UK and we look forward to working with Lorraine”.

“I am really happy to become the first Patron for FND Hope UK.  I have seen personally how Functional Neurological Disorder and what it can do to the FND community and their families, it truly is a debilitating and disabling condition, which is why I will fight hard, alongside FND Hope UK, for everyone with FND to get the diagnosis, treatment and care they deserve”. 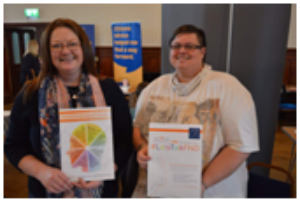 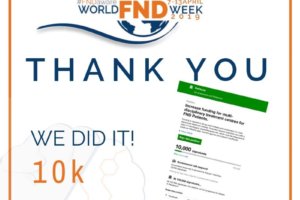 FND Hope UK get 10k signature for their Government Petition

We did it!!! Thank you to everyone who supported, signed[...] 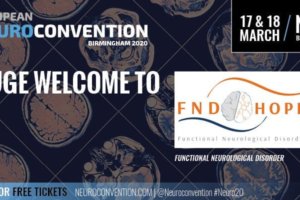 FND Hope UK will be exhibiting at the Neuro Convention 2020

FND Hope UK are delighted to announce that we will[...]